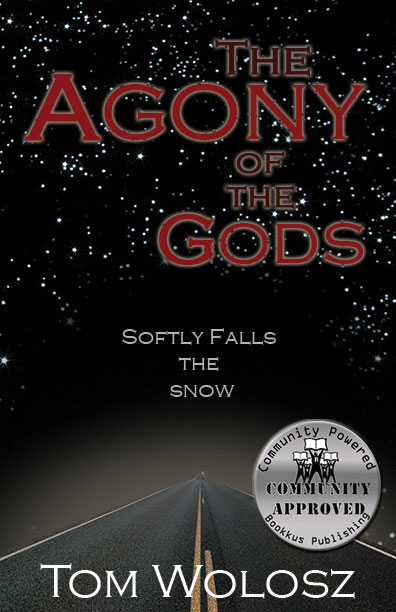 A Place You’ve Never Been

A Story Never Before Told

A New Realm of Science Fiction

The Agony of the Gods, Softly Falls The Snow

Who is killing the Gods? Man created The Machine.  The Machine gave to each man or woman a world of their own design, to do with as they pleased. They became Gods – omnipotent, absolute rulers; but also vain, arrogant, hedonistic and brutal. Now someone is killing them. The enforcer, a servant of the Gods, is tasked with finding the killer, but first he must train a new apprentice.  Given a list of worlds to investigate, they set out trying to find a key to the identity of a killer they cannot hope to overcome.  In their travels they come across worlds dedicated to art, to the perfection of music, to eternal war, and to a magical storybook existence where animals talk and act like characters from a children’s story; and on each world they find a brutal disregard for the servants of the Gods. As the death toll mounts, and the pressure from their masters to find the killer increases, they learn more and more about the strange universe of The Machine, and about themselves. But soon they face the ultimate question: is the killer a monster…or a hero? Available in Kindle, .epub, or Paperback from Bookkus, Amazon, and Barnes and Noble.